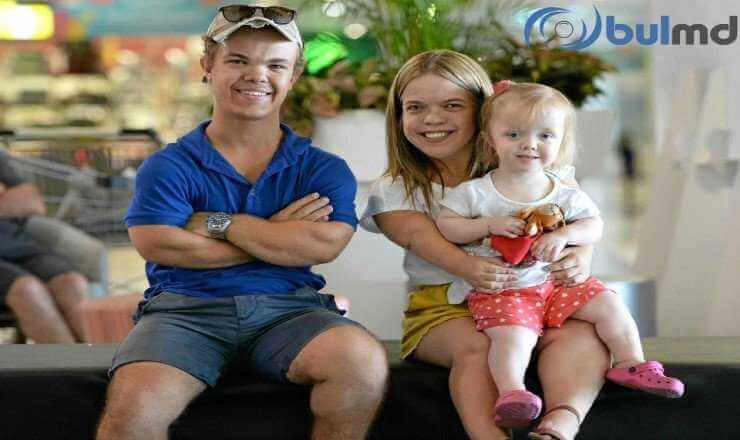 People who are shorter than their peers by age or who do not exceed 1 meter in length are called dwarfs. Children can sometimes delay growth up to the age of 16. In addition, growth and developmental defects may also be observed in the course of certain diseases, such as diabetes, congenital heart disease and kidney disease. Acondroplasic and hypochondroplasia is an inherited condition that constitutes 80% of the causes of dwarfism. Hypochondroplasia is a mild form of acondroplasia. It is caused by an abnormality in the FGFR3 gene. Diagnosis can be made easily by genetic specialists while in the womb or by infant blood test. Height during delivery is normal. As the child grows, he starts to lag behind his peers and abnormalities in the skeletal system become apparent. Enchondral ossification is affected by the ossification, which allows the growth of long bones, such as arms and legs. Enchondral ossification disorder affects especially the middle parts of the growth plates. Thus, bones that develop with enchondral ossification, the ones with large growth plates (humerus, tibia), are most affected. Body height is normal. Other bones of the pelvis and skull show normal development. This leads to shortening of the arms and legs, but also to the shorter bones near the trunk, called disproportionate and iz rhizomelic micromelic elik shortness. The maximum length is 131 cm for males and 124 cm for females. Protruding forehead, cheekbones and jaw bone become small. Hands short and wide, middle finger shorter than normal. The ’O’ leg is often seen. The elbow joint does not fully open (flexion contracture). Their intelligence is normal, obesity is an important problem in many patients. Spine problems may occur in the 20s depending on the development of the spine bones.

Infants with dwarfism experience late walking, crawling and moving. They perform such physical activations later than the age or periods that they should be like their peers. It has been observed that many children who later appear to be dwarfs have very common ear problems and infections. It is known that some children with dwarfism have difficulty in speaking according to their peers. These problems can continue until school age. Since there is no mental retardation, there are no problems with the mind in dwarf children. In some of the dwarf children, problems with bone ligament and tissue can be detected immediately after birth and can be told to their parents from the first moment they become dwarfs. Their bodies develop independently of the golden ratio. Arm and leg ratios, trunk and height ratios develop independently. The foreheads are wide and protruding outwards. Children's nose is raised. It can also be embedded in the eyes and long jaw. In general, people who suffer from dwarfism have their buttocks protruding outwards and therefore have curvature of the spine. The hands and feet are small and the fingers are very short. Some children born as dwarfs may die during birth, in the womb or shortly after birth. If not, the average height ratio of dwarf children is between 1 and 1.30 meters and they do not grow any longer. Their bodies also disproportionately complete their development.

Dwarfism was a disease that was incurable until the 1970s, but now it can be cured thanks to the rapidly developing synthetic medicine science. Patients are regularly given growth hormone.

Early diagnosis is important in dwarf people, as in all diseases and health problems. When dwarf people are diagnosed with this problem early, problems in the legs and arms caused by dwarfism are solved after applying the necessary physical therapy programs. In addition, any hearing loss that may arise from ear infections caused by dwarfism can also be prevented by early diagnosis.

The aim of treatment is to maximize functionality and independence. Most dwarfism treatments do not increase height, but they can correct or alleviate problems caused by complications;

Surgical procedures that can correct problems in disproportionate dwarfism patients include:

Correcting the direction in which the bones grow

Stabilizing and correcting the shape of the spine

If this occurs, place a shunt to remove excess fluid (hydrocephalus) around the brain

For dwarfed individuals due to lack of growth hormone, treatment with injections of a synthetic version of the hormone can increase the final height. In most cases, children receive daily injections for several years until they reach the maximum adult size - usually within the average adult range for their families.

Treatment may continue throughout the teenage years and early adulthood to ensure adult maturation, such as proper gain in muscle or fat. Some individuals may need lifelong treatment. Treatment may be supplemented with other relevant hormones if they are insufficient.

The growth hormone supplement for children with chondroplasia does not increase the height of the last adult.

Regular checks and continuous care by a physician familiar with dwarfism can improve quality of life. Because of the variety of symptoms and complications, treatments have been tailored to address problems that arise, such as assessment and treatment for ear infections, spinal stenosis, or sleep apnea.

Dwarfed adults should continue to be monitored and treated for problems that arise throughout life.

Some people with dwarfs prefer to have surgery called limb lengthening. This procedure is controversial for many dwarfed people, as in all surgeries, there are risks. Dwarfism is recommended because of the emotional and physical stress associated with multiple procedures, waiting for the person to decide on limb extension until he is old enough to participate in the decision.

However, except for all these treatments, the problem of dwarfism in general cannot be solved and the height of dwarf people cannot be extended. However, scientists working in the field of medicine are constantly conducting research to overcome dwarfism completely.

The aim of the treatment is to correct the deformities and extend the person's height to the lower limit of the normal neck in the society. Extension and correction of the arms is done in a separate single session.

This first 1-2 years after the age of 5 is very important. During this period, the healing potential of bones is very good. The maximum extension can be made during this period. In this session, lengthening operations are performed with external fixator. This first session consists of two operations. Depending on the patient's problems, both femurs (thigh bone) or both tibia (tibia) are extended. With these two sessions, a length of 20-25 cm is obtained. Bone curvatures should be corrected in this session and the bones are brought to the required proportions. Second session lengthening operations are performed between 10 and 11 years old. At this stage, elongate magnetic extension rods can be used to extend femur (thigh bone) up to 14 cm in two stages. At this stage, both tibia (tibia) are lengthened by 5-7 cm and femur and tibia lengths are proportioned. In addition, short arm surgery is extended in this age group.

The complication rate is very high in normal lengthening operations before the age of 5 years (inhibition of growth plaques, infection, emergence of new curvatures during elongation, etc.). The child must be expected to reach 5 years of age for the first lengthening operation.

This application can be applied anywhere in the world. However, in countries such as America, Germany, the UK or France, the cost of this operation may exceed budgets. On the other hand, because of budget constraints, surgery in countries such as India is very dangerous for health. In Turkey, more suitable than the other countries both in terms of cost of treatment of dwarfism have the best of both doctors.

For more information on the Methods of Limb Lengthening Surgery for Dwarfism Please Visit:

For more information regarding Dwarfism and Correctional Surgeries, please contact us at [email protected] Or for direct consultation, please contact our expert patient consultants via phone or WhatsApp: +90 531 988 3090