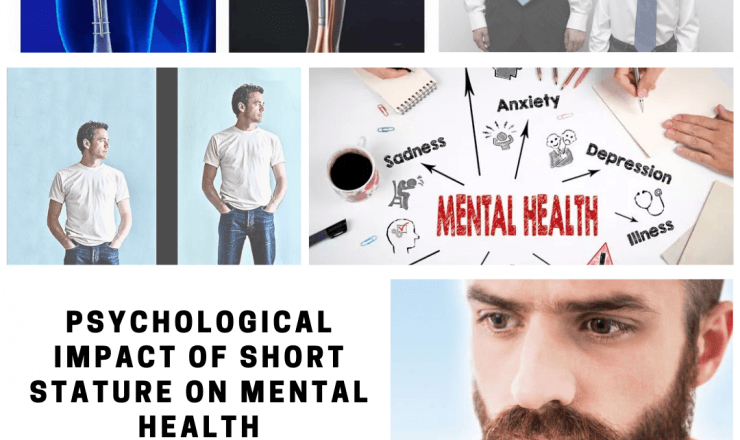 It is a well-documented fact that people with limited stature, experience social situations differently than taller persons, in comparison. People suffering from short or limited stature or height are more inclined towards feelings of paranoia, inferiority, and excessive mistrust, according to a research study published in the Psychiatry Research Journal (UK) (2014). The researchers proved that making a person’s virtual height lower than it is, in a virtual reality environment; and how such a reduction in height can make them feel inferior about themselves and more fearful that others are trying to harm them. According to the scientists, the research proves that how low self-esteem can lead to paranoid thinking and the research is vital in the development of effective methods of psychological treatments for severe paranoia, which is a very serious mental health problem.

Daniel Freeman of the Britain’s University of Oxford, the leading scientist in the research study said that “being tall is associated with greater career and relationship success. Height is taken to convey authority and we feel taller when we feel more powerful.” Additionally, he pointed out that in the virtual reality environment; when the person’s height was virtually reduced; they immediately felt inferior and this caused them to feel overly mistrustful. Furthermore, Mr. David went on to say that it is interesting to note that “this all happened in virtual reality (VR) simulation but we know that people behave in VR as they do in real life”.

The team of scientists led by Mr.Freeman selected 60 adult women from the general population; who were more likely to suffer from “mistrustful thoughts” and ran a test by placing in a virtual reality environment where they experience an underground train ride. The test protocols demanded that the participants, need to experience the same train “journey” twice, once at their natural height and then later at a height, which is virtually reduced by around 25 cm. The virtual passengers, during bath the train rides were to remain unchanged and neutral; hence to trigger emotions of fear in the participants. The research concluded what some of the participants did not notice the height difference that much; while others reported having had negative feelings of incompetence, unlikeness, and inferiority, during the journey of the experiment, when their height lowered. The researchers pointed out that those negative thoughts manifested as an increase in feelings of paranoia towards the other passengers. Furthermore, the participants reported thought that someone in the carriage was staring at them and had bad intentions towards them or was trying to upset them, in some way or another.

Mr. Freeman said that, this research “… provides a key insight into paranoia, showing that people’s excessive mistrust of others directly builds upon their negative feelings about themselves,” And he concluded that “the important treatment implication... is that if we help people to feel more self-confident then they will be less mistrustful.” Hence, the research to an extent proves the connection between a person’s biological height and mental health. As taller height helps in lowering negative thoughts and improving a person’s self-esteem and a lower stature could trigger negative feelings leading to paranoia and other serious mental health problems.

Another Study in 2003 Health Survey for England, carried out by the Clinical Endocrinology, Department of Health (UK); focuses on how a person’s height in adulthood significantly affects their quality of life, with people of limited stature reporting the worst in physical and mental health than people of normal height. This peer study was conducted on a large scale and concludes that a person’s height in adulthood is directly related to how good that person perceives their health to be. Thus, people with limited stature tend to judge their state of health as being significantly lower than in comparison to the people with normal height see theirs.

The survey was designed to determine a participant's health-related Quality of Life (HRQoL), whereby the participants had to fill a questionnaire and get their heights measured. The research was led by Senior Health Economist Torsten Christensen at Novo Nordisk A/S in Denmark, who used this data to assess the relationship between height and Health-Related Quality of Life (HRQoL). In simple terms, a person's health-related quality of life is their perception of their mental and physical health. Interestingly, the questionnaire forms do not measure the person’s actual health and wellness; but only their own perception of how their health status is. The study focused on five different fields of health; mobility, self-care, well-being, routine activities, pain/discomfort, and anxiety/depression.  The researchers also laid focus on general factors as well, such as age, gender, body-weight, long-standing illness, and social class. The study, in total, took into account 14,416 participants.

The category of the people with the shortest stature; men – less than 162 cm and women less than 151 cm, throughout the spectrum, reported a significantly lower HRQoL, in comparison to people of average height. Interestingly the study found that the shorter a person was; the more affected he/she was and lesser the self-image of their quality of health.

Now, the most important facet of the study was that a small increase in height has a much larger positive impact on a short person, than it can on a person of average height. The survey predicts that people who suffer from limited stature could increase their HRQoL by 6 % and more if their heights increased by 7 cm in men and 6 cm in a woman.

No previous study touched upon this impact that an increase in height could, in turn, increase a person’s perception of their health status and thus their HRQoL. The results of this study clearly tend to show that any small increase in height for a person suffering from limited stature, can have a large positive impact on how good they perceive their health in adulthood. The research data combines all physiological, physical, and social well-being factors into a single measure of HRQoL; which is changeable by an increase in a short person’s height.

Lead scientist and researcher, Torsten Christensen said: "We know that people who are short experience more difficulties in areas of their life such as education, employment, and relationships than people of normal height. However, the relationship between height and psychosocial well-being is not well understood. Using this large and nationally representative sample of the UK population, we found shorter people report that they experience lower physical and mental well-being than taller people do. Our results also indicate that the shorter someone is, the stronger this relationship becomes. For example, an increase in height of 3 cm would have a positive impact on the health-related quality of life of a short person, whereas the effect of an extra 3 cm would be negligible for a person of normal height. Although our study does not show that short height directly causes a reduction in physical and mental health, it does indicate that short people are more likely to feel that they experience a lower health-related quality of life. However, further research is now needed to clarify the precise relationship between changes in height and health-related quality of life."

Fatefully, it seems that the taller you are or can be; the better you feel about your overall health. Usually, limited height can be genetic or due to several diseases, such as growth hormone deficiency or Turners Syndrome. In childhood, a growth hormone therapy has proved to have positive effects, and increasing heights in children by 4 – 10 cm. However, biologically when you enter adulthood, it’s impossible to grow taller as your bone growth caps have closed naturally. Hence, orthopedic limb lengthening surgery and its rise, as a cosmetically surgical option is an alternative for people suffering from short stature in adulthood. It can help improve, a person’s perception of their health status and serve as an inspiring and bolstering treatment; both helping persons with limited stature, physically and mentally, and increasing their overall health and wellbeing.