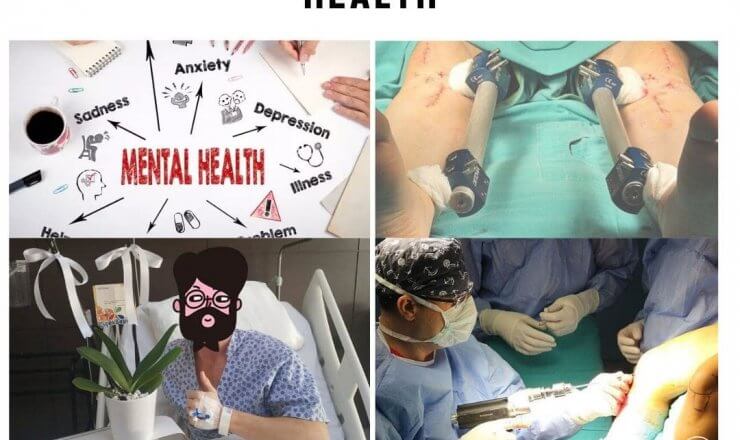 Medically speaking, people with limited height or short stature, are not handicapped, due to the limitation of their height; generally, men under 170 cm in men or women under 160 cm. Normally people with limited stature can perform daily functions of life without any obstacles. Yet, many people opt to have limb lengthening surgery to increase their height, for reasons relating to psychological factors, social and career advancement or just for their self-esteem or image. In this article, we will discuss the impact of limb lengthening surgery on the patients.

It is imperative for any person opting to have limb lengthening surgery to understand that it is major surgery; whereas, even minimally invasive surgeries carry a risk of complication. In comparison; a limb lengthening surgery carries a little more risk of complication; ranging from slow unification of bones to non-unification, pin-site infections, and muscle stiffness. Furthermore, as these treatments are considered cosmetic; most medical insurance will not cover the costs associated with them. Thus, it is interesting to see that patients still opt to undergo such surgery, despite the risks and costs; as the gain is worth the sacrifice, in most cases. We focus, on a group of limb lengthening and limb discrepancy patients and follow a medical study that evaluates their height increase and the general impact on their lives after the surgery.

The study was focused on measuring the long terms of psychological functioning after height increase, in patients who used the external fixator methods and lengthening over nail (LON) methods. The psychological assessment was carried out at three intervals, before the surgery, 1 year after the lengthening and 7 years after they had the lengthening surgery. The study asked a group of 28 limb lengthening patients to fulfill a questionnaire specially designed to calculate the changes in self-esteem and a person’s perception of themselves; using the international Rosenberg self-esteem scale (RSE).

The total score of the RSE self-esteem test, of the group of 28 patients showed a surprising finding. The average findings of RSE for the patients were:

It is important to note that there have been many studies discussing the physical impact, following an external fixator limb lengthening for limb length discrepancy; but none which focusing on the psychological follow up after the height increase. The importance of this study is that it is the first one, which assesses the long term psychological follow up in normal individuals, who opted to undergo limb lengthening surgery.

The study’s most important findings were that there was a significant improvement in the self-esteem of the patients, 1 year after the height increasing surgery. On the other hand, there was ample evidence to support the fact that there was an evident decrease in the long term psychosocial evaluation, during the follow up after 7 years of the limb lengthening surgery; thus most patients returned to near their pre-surgery levels of self-esteem.

The study found a sense of the finding with the following explanation; that most patients were happy, at first after achieving their height goals and getting taller; after finishing a long process of the surgery and post-surgery care. However, as time passed, and the patients returned to their normal lives, most realized that the surgery did not change a lot in terms of their own self- image, or daily life, of social activities. It is interesting to note, from the questions presented in the study, were only 3 out of 28 patients accepted to undergo the limb lengthening surgery once again and 7 out of the 28, and accepted that they would recommend the surgery to their friends. The fact of the low outcome here points to the lack of improvement in the long terms psychological follow up after the height increasing surgery.

As far as improvements in physical functioning, over time, especially in cases of external fixator patients, physical recovery was the slowest at the early stages after the removal of the external fixators and improvement peaked during the 6th and 12th month after the surgery; and this improvement continued up to the 24th month, after the surgery. The study concluded that with limb-lengthening surgeries, there are no short terms of physical benefits, and almost a quarter of the patients still had complained about their legs. The researcher heading the study concluded that there is no short terms beneficial rationale of the surgery; in fact, the whole idea behind limb discrepancy surgery was to prevent being handicapped in the long run.

The ending conclusion to the study then seems to suggest that despite having undergone major surgery and some financial burdens; it did improve self-esteem and self-perception in the first few years following the surgery; which due to social factors deteriorated with time. Thus it seems that the overall self-esteem of the patients did not improve significantly in the long run, after 7 years of the height increasing surgery; and psychosocial functioning was similar in comparison to pre-surgery levels in patients.

Thus, in the end, we must conclude that self-image and esteem improvement can be observed in the short term, i.e. 1years following the surgery. However, as the underlying causes of the psychological issues were never dealt with; the surgical impact slowly deteriorated to pre-surgery levels, following the 7th years of the surgery. Thus, it seems imperative that surgical intervention could help patients achieve their physical goals and achievements; but to boost self-esteem and self-perception; it is important to address those issues at a psychological level, in patients.