How to Prevent Hair Loss 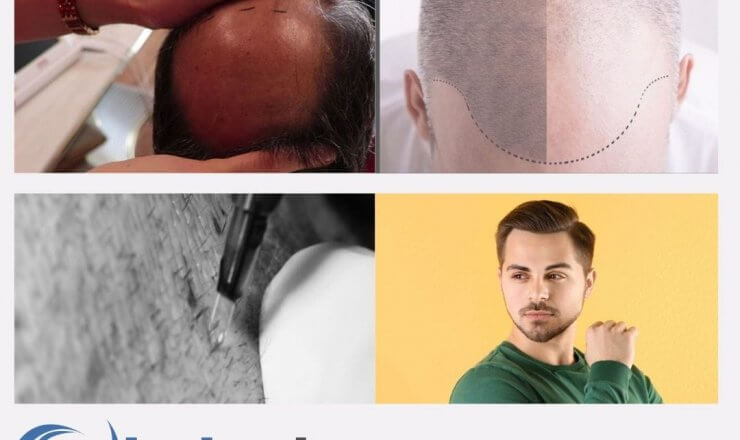 How to Prevent Hair Loss

It is normal that, at some point in life, most of us might suffer from hair loss. In the USA, it is estimated that nearly half of the population, both men and women as well, start to display signs of hair loss and baldness, nearing their age at 40 years, according to Cleveland Clinic. Furthermore, it has been established as a scientific fact that pattern baldness can be inherited and can pass down in our gene pool, from both the mother and father. Plus, the environmental factors also play a huge role in deteriorating the quality of our hair and accelerating hair loss.

Alopecia is the medical condition for hair loss, which is most often hereditary, i.e. it is passed down from generation to generation. However, hair loss can also be triggered by environmental factors such as chemical poisoning, radiation, certain drugs and medications, infections, hormone disorders or nutritional deficiencies. Besides, temporary hair loss can also be triggered by physical stress factors, such as the sudden onset of weight loss or pregnancy, or any other physical or emotional shocks, as well.

Most commonly, male pattern hair loss or baldness; also known as “Androgenetic Alopecia”; is known to affect up to 80% of Caucasian males by the age of 70 years. The National Institute of Health (USA) notes that, usually, pattern baldness or hair loss can be associated with some form of medical conditions, such as coronary heart disease and prostate problems in men and hormonal imbalance in women. They further note that such pattern baldness or hair loss can affect up to 50% of all women and is commonly caused by sexual steroid hormone, “Dihydrotestosterone”. In men, such hair loss and baldness usually start occurring at the temple or in the back of the head. However, in women, it can start to show the first symptoms of hair thinning, near the front of the head, or in the widening of the scalp line.

Generally, all other types of hair loss can be associated with the effects of scarring damage from hot combs, weaves, chemical hair products, and hair dryers; thus it is very important to be gentle with your hair. The real problem is that it is usually very hard to notice hair loss, in its beginning and sometimes it can be a signal towards a more serious health problem, and especially if there is scarring on the scalp. Females who notice hair loss with other changes in their bodies, for example, a change in their voice or spells of aggressive acne, need to get themselves checked by a doctor, as it can be a warning sign towards a more serious medical condition, such as “Polycystic Ovarian Syndrome”.

Factually, however, it must be kept in mind that humans shed about 50 to 100 hairs per day, naturally; and it is completely a normal process for the hair to fall out this way. The reason is that, as new hair start their life, older hair thin out and shed. However, the real concern starts when we start losing hair more than the new ones growing to replace them; which leads to hair loss and eventually baldness. At any given time 80% of our hair is at a long growing stage and the other 20% are going through a transitional period, leading to a resting state and then eventually falling out, naturally.

But, the important fact to notice is that chemical exposure can offset this natural balance and speed up the hair loss process and upsetting the ratio of growth to hair loss. It is estimated that after each shampooing session, the number of hair loss can reach up to 250 hair, but generally it is not something to worry about as we typically have around 100,000 hair on our scalps at any given time. However, excessive shampooing and use of hair products like hair gels, hair mousse, and other hair straightening and hair smoothing products damage the hair in the long run. This upsets the natural growth ratio, constantly, as the process of renewing old hair with new hair, usually, takes around 3 - 5 months.

Thus, excessive use of chemical hair products can have the effect of speeding up alopecia, where newer hair which starts growing are weaker and thinner and more prone to breakage and falling. Hair loss can be focal, i.e. concentrated in a single area of the head, or diffuse, i.e. all over the head. However, if such a hair loss process, is followed by scarring, which indicates that the hair follicles are dying; then this could be a sign of medical disorder and should be checked by the doctor as soon as possible.

Medical professionals and scientists are constantly trying to find a permanent cure for hair loss and general hair problems. But for the time being, there are a few proven and tested methods to prevent baldness and help in slowing down hair loss.

The first step towards medical treatment for hair loss is “Minoxidil”; also known as “Rogaine”. It is usually applied directly on the scalp, twice a day, and it helps regrow hair and prevent further hair loss, as well. Rogaine, alters the hair-growth cycle, to the last longer, and enlarges and matures thin hair; but sadly, it does not work for everyone. Merck Manual says that "Usually only 30 to 40% of patients experience significant hair growth”. The effects of Rogaine can be seen to work in about 4 month’s period and it takes up to 8 to 12 months to boost hair growth. However, it can also irritate your scalp, cause rapid hair growth of facial hair or trigger rapid heart rates. Nonetheless, Rogaine is a commitment and not a permanent solution to hair loss; thus if you stop using it, any hair that you have gained could likely fall out and the user would go back to losing hair as they were before they started the medication.

A similar proven medication option for men is the oral tablet “Finasteride” also known as “Propecia”; and this drug can stop hair loss and stimulate hair growth, but it also has side effects. The drug essentially blocks male hormones reaching the hair fallacies, thus needs to take daily. Generally, patients start to see the effects of the medication in about 6 to 8 months, but as a side effect, it is known to decrease sex drive and increase breast size and can contribute to erectile dysfunction as well; according to Merck Manuals. Furthermore, it is very dangerous to pregnant women, to even touch the powder pill, itself.

It must be noted that all other supplements, pills or miracle cure-promises do not work at all medically. The only organic solution which has shown some promise is a concoction of lavender oil, thyme, rosemary and cedar oils; which could be helpful, however, there is much research to be done on this area for sure shot results.

According to Shirley McDonald, a Scalp scientist or a “Trichologist” says that medical professionals are researching genetic therapies; but for the time being the best medical option for hair loss is hair transplant surgeries. As the methods of surgeries are advancing daily, and instead of the “doll hair” aesthetic that they used to have years ago; methods such as FUE, FUE Sapphire a DHI have proven to give the patients a natural hair aesthetic, according to their natural hairline; and thus, is a very definite option for patients suffering from hair loss. She says that methods of hair transplant surgeries where hair are transplanted individually yield the best natural aesthetic results; such as DHI.

Lastly, McDonald said, patients who suffer from conditions where even a hair transplant surgery is not a viable option, such as patients undergoing chemotherapy; the best solution is acceptance and to embrace it, and choose the shaved head look; as research suggests people tend to assess bald people as both stronger and taller than their hair headed counterparts.