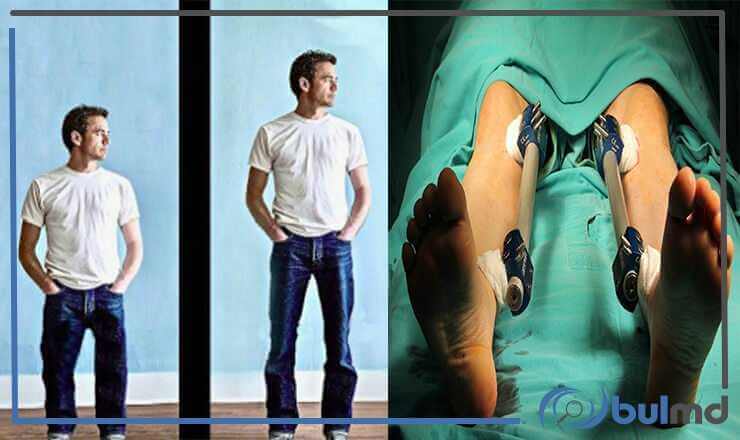 Why does a person’s height matter?

It is intriguing to explore the reasons why would someone want an increase in their natural height. Ethically and morally, the height of a person should not matter; however, it does interfere in their daily lives; be it financial gains or romantic concerns or any other concern. We must admit the fact of reality, is that owing to Darwin’s evolutionary theory; people look for partners with physically similar features and that those people who are naturally taller, actually do get a head start in life in all aspects, careers, sports, financial and romantic.

A study conducted by researchers at Rice University (USA) and the University of North Texas (USA) found that women looked to date men who were taller than them for 'protection and femininity' reasons attached to social expectations or gender stereotypes, despite an “increasing equality in belief and practice between the sexes".

Furthermore, the study stated that stereotypically in a patriarchal society, a taller height is considered to be a personal asset for men. “The masculine ability to offer physical protection is connected to the gender stereotype of men as protectors,” it added. “And in a society that encourages men to be dominant and women to be submissive, having the image of tall men hovering over short women reinforces this value.”

Biologically, height increase is realized when bone formation happens at the growth plates on our bones; especially on the Femur or Tibia bones. These growth plates are located at the tips of our arms and legs, a biological physiological elongation process, which naturally ceases growth upon attaining the age of puberty around 18 years; as the growth plates tend to close. Hence, the only possible choice after puberty is limb lengthening surgery. Such surgeries can be performed for both arms and legs correction and elongation. Moreover, the actual height lengthening process comprises of surgically cutting the same bones of both legs and distracting them simultaneously.

Limb Lengthening is determined by surgical intervention applied to the bones in the legs of the patients; either the Femur or Tibia bones. There may be many reasons why such a surgical procedure is adopted for patients, spanning from natural disorders affecting growth in childhood or infancy such as dwarfism to cosmetic purposes. Furthermore, nutritional disorders, hormonal imbalance, and genetic disorder could also adversely affect the development of bones, in the body. Besides, dwarfism, a disease whose cause is still unknown today medical science can also cause limited stature. Apart from all these medical reasons, people may even opt for lengthening surgical procedure for cosmetic purposes as well.

Generally, Dwarfism is caused by a genetic change in the womb, even if it is not genetically transmitted in the family. It is possible to discover this disorder in infancy by having a careful ultrasound during pregnancy, but it is usually noticeable at about 2 or 3 years of age of the patient. Dwarfism is just not limited to short stature, it can also cause spinal problems during the teenage life of the patient, especially, after their 20s. Sadly, presently, there is no drug treatment for dwarfism.

However, surgical limb lengthening is the only alternative available and the treatment of dwarfism starts at a very early age of five when the bone structure of the patient becomes suitable for the lengthening surgical procedures. Generally, the first surgical extension session is completed before the child starts school with an average extension of spanning around 10 to 15 cm of total limb extension in the first session. The next surgical limb extension session is between the ages 10-12, with 8 to 12 cm limb lengthening. The last surgical intervention for limb extension is carried out at the age of 14 to 16 years, with another 8 to 10 cm limb extension. Usually, at this age, cartilages that allow growth are biologically closed; thus there may be a need to extend the arms of the patient suffering from dwarfism as well; as sleeve length in dwarfism can also cause problems after a certain age. Thus, at the last surgical session, the arms are also extended with an average of 10 to 12 cm, arm limb gains. The overall surgical intervention aims to provide patients suffering from dwarfism, a better outlook at life; hence the overall aim is to eliminate the daily difficulties of patients, at work or life, in general.

Apart from diseases and medical disabilities, patients suffering from naturally short stature may opt for height increase surgery, plainly for cosmetic reasons; and overall demand for such surgical procedure has dramatically arisen in recent times; as the cost for such procedure has drastically decreased. However, the expectation from such a surgical procedure should always be kept within realistic bounds; e.g. a normal singular Femur or Tibia extension may at maximum gain a patient, anywhere around 6 to 8 cm of overall height gains. Also, bone structure, integrity, and density are key important aspects that may determine the overall success and appropriateness of the surgical procedure. Despite having said that, an average of 10 to 15 cm overall bone elongation can be achieved if both the Femur & Tibia bones are extended. Furthermore, it must be borne in mind that any limb lengthening surgery requires an extended period of recovery time, hence the patients need to realize and adjust their work and other life matter accordingly. It is important to note that for the best results and gains, any lengthening procedure best suits patients aged between 20 and 40; as with the progression of age, the healing process is affected negatively and as a general rule, for patients above the age of 50, bones tend to become more brittle and may require extended period of recovery times, in comparisons to patients undergoing such a surgical procedure in their adulthood, the 20s till 40s. Therefore, such a surgical intervention is not recommended at advanced ages.

A Russian orthopedic surgeon, Gavriil Ilizarov, was the first medical orthopedic specialist to be credited with inventing a limb lengthening device “the external fixator”, in 1954. He accidentally stumbled upon the discovery, when treating soldiers with broken bones during WW2. His studies concluded that bones tend to grow back naturally between the gaps created, either by accident or artificially, by surgery. Thus with the help of his external fixator, he could lengthen the gaps between the bones, gradually over some time, and achieve bone lengthening in the progress. This device manually pulled bones apart to increase the patient’s height and it proved as a cure sent by God for patients suffering from polio, congenital limb defects, and dwarfism.

Having said that, adding centimeters isn't a stress-free task with this methodology. Ilizarov's (1954) “fixator” mechanism, which is still in use today; patients have to undergo general anesthesia and the surgeon makes a small incision in the leg, either the tibia or femur bone, whichever bone is opted to be lengthened, is separated, thus fragmenting the bone into two. Furthermore, the surgeon drills screws into the top and bottom of the bones and 1.5-2 mm steel wires are attached to the bone separations, inserted from one side of the bone and extracted from the other side. At least, 8 wires are attached in this way; which are made of aluminum, steel or carbon; and fastened with 4 rings at minimum. The wires and screws are fastened into a metal frame that stabilizes the leg during and after the procedure. The body's natural healing process does the rest, by filling the gaps within bone tissue, thus lengthening the limb.

For more information regarding Limb Lengthening surgeries, please contact us at [email protected]